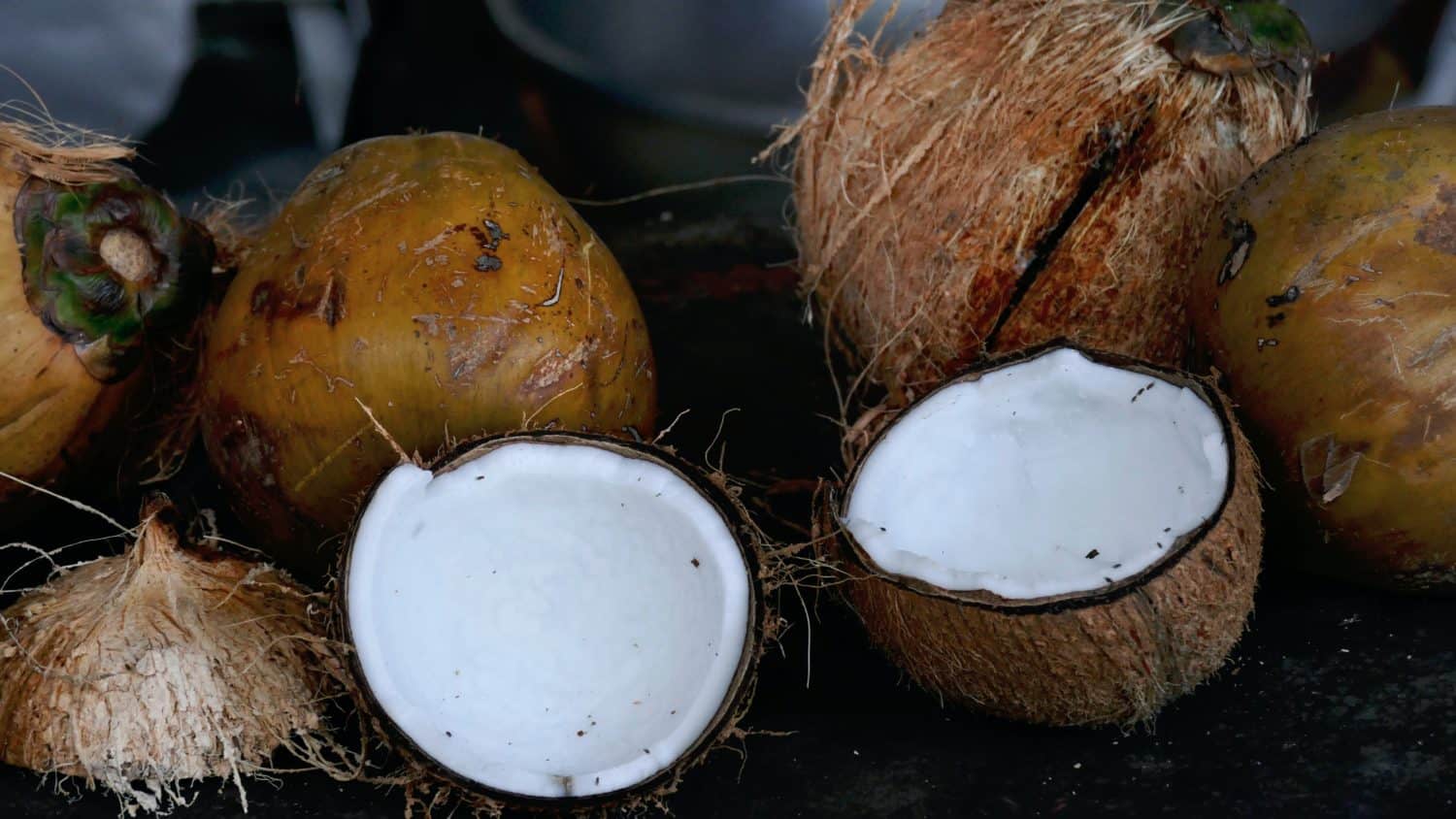 Coconut oil is classified one of two ways: Virgin or Refined, Bleached and Deodorized (RBD). This labeling signifies the level of processing involved in making the oil. Although chemicals are used in RBD oil, the process still retains the healthy fatty acids. Medical experts tend to recommend virgin coconut oil simply because it involves less processing.

We’re all familiar with “virgin” and “extra virgin” olive oil. But to earn those descriptors, the oil must meet strict regulations.

There is no such system in the coconut oil industry. Although one company published its own standards more than a decade ago, there are no regulations on how the term is used when it comes to coconut oil. However, you’ll see products labeled “virgin” and sometimes “extra virgin.”
The general rule among coconut oil makers: Virgin coconut oil is made without additional chemicals or refining. There is no clear definition on what makes coconut oil “extra virgin.” 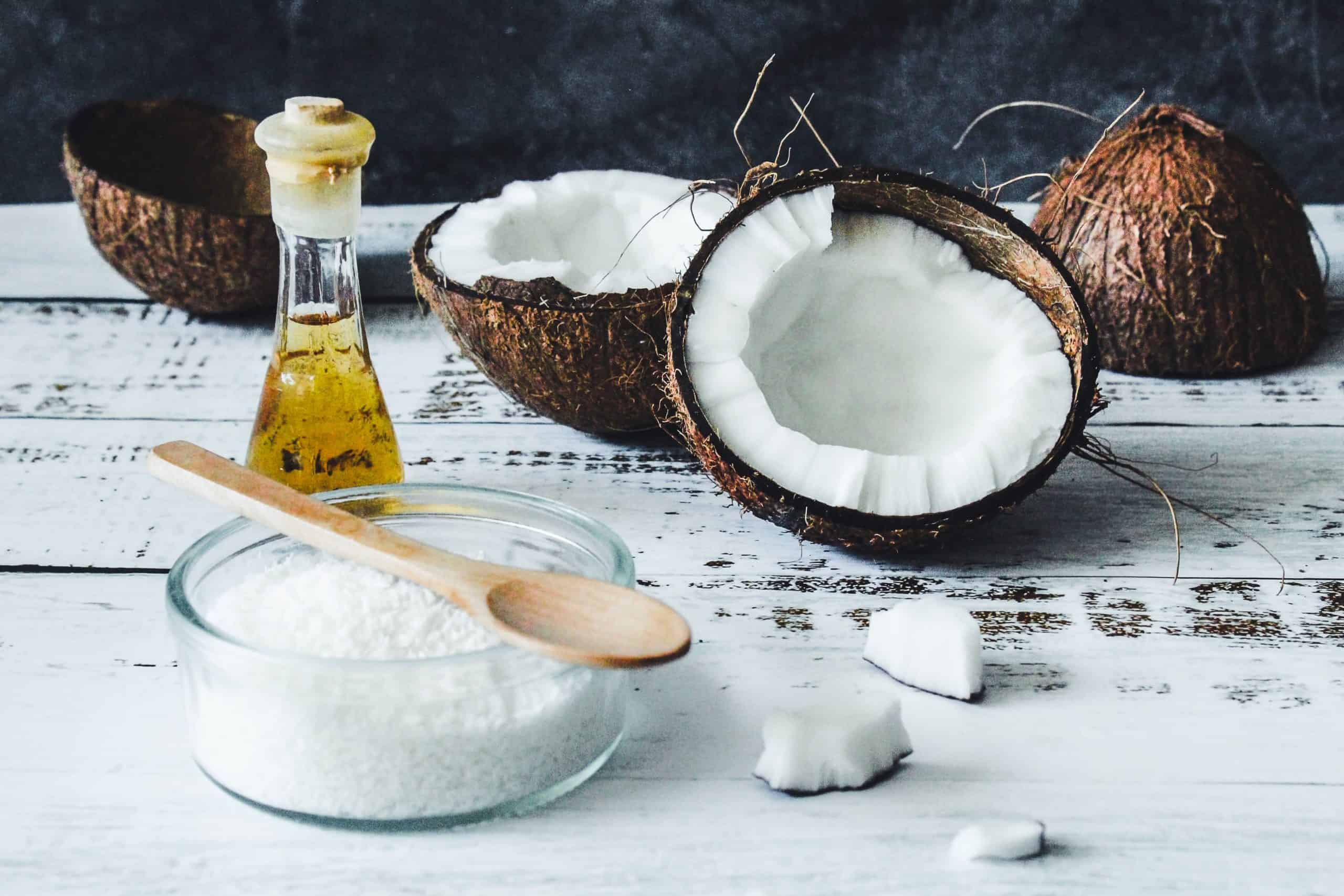 Virgin coconut oil starts with either fresh coconut meat or dried coconut. Then it’s up to the manufacturer to decide how they’ll procure the oil from the meat.

Fresh: In a wet-milling process, workers press out the coconut cream from the fresh coconut meat. This cream contains the oil that will then need to be separated from protein curds and water using one of several methods, including centrifuge, fermentation or boiling.

Dried: The oil is extracted using an expeller-press. Because the expeller method is an established practice among coconut oil makers, you’ll find many virgin coconut oils made this way.

The following methods are used by VCO manufacturers.

Once fresh coconut meat has been pressed, the next step is to remove the oil from the cream. The oil separates after being rotated in a centrifuge machine. No heat is present in the process.

Virgin coconut oil made from this method can be defined as “raw” since no heat was used.

Like the centrifuge process, fermentation begins with fresh coconut meat that is pressed into cream. The resulting liquid is then placed in a heated container overnight. This allows the protein curds to float to the top with the oil sitting directly below. The heavier components fall to the bottom. The proteins and oil are removed together and heated to further separate the two components. With continuous stirring, the solids fall to the bottom and only oil is left.

According to research conducted in Malaysia in 2008, oil produced using the fermentation process, actually contained the highest amount of antioxidants. Although the addition of heat typically decreases the nutritional value in fruits and vegetables, the researchers provided this explanation:

“Most of the phenolic antioxidants present in coconut oil are also thermally stable.”

A more recent study, conducted in 2013, saw similar results. The researchers theorized that the higher antioxidant count was related to the “increased release” of bound antioxidants caused by heating.

Despite the research demonstrating heating can be a beneficial step in coconut oil production, the information is still limited. Many companies therefore continue to stand by their cold-pressed oil method.

In this process, the coconut is ground or grated. The coconut is then dried at a low temperature which ranges between 103 degrees Fahrenheit and 150 degrees Fahrenheit. And as the name suggests, the oil is then pressed out. The coconut proteins are filtered so only the oil remains. Because the temperature and level of moisture differs from product to product, some say the quality and taste of cold-pressed oils can vary.

Benefits: Considered raw, depending on production temperature
Drawbacks: Taste and quality can vary

On one end of the production spectrum is raw, virgin coconut oil. On the other end is refined, bleached and deodorized oil. The latter is mass produced.

RBD oil starts with copra, which is coconut flesh that is dried using smoke, sun or kiln. This drying process creates a crude oil product that is not safe to ingest. The next step involves deodorizing the oil with steam and filtering it with bleach clay so the oil is no longer brown.

The fatty acids remain intact, but some of the coconut’s phytonutrients are removed during process. This causes the oil to lose its coconut flavor or aroma.

This website uses cookies to improve your experience while you navigate through the website. Out of these cookies, the cookies that are categorized as necessary are stored on your browser as they are essential for the working of basic functionalities of the website. We also use third-party cookies that help us analyze and understand how you use this website. These cookies will be stored in your browser only with your consent. You also have the option to opt-out of these cookies. But opting out of some of these cookies may have an effect on your browsing experience.
Necessary Always Enabled
Necessary cookies are absolutely essential for the website to function properly. This category only includes cookies that ensures basic functionalities and security features of the website. These cookies do not store any personal information.
Non-necessary
Any cookies that may not be particularly necessary for the website to function and is used specifically to collect user personal data via analytics, ads, other embedded contents are termed as non-necessary cookies. It is mandatory to procure user consent prior to running these cookies on your website.
SAVE & ACCEPT

New year is starting, and we do have a new season of learning
courses available for this amazing year.

New year is starting, and we do have a new season of learning
courses available for this amazing year.