The  concept of reincarnation has been around for centuries, and yet many people still dispute its existence. For the Balinese, reincarnation known as “Punarbhawa” or “Numitis”,  is  just   one  of the  long journeys that one has to go through until they achieve eternity. They believe that after death the body of the deceased must be dissolved in order to return to its original elements. In the cremation process, “ngaben”, the purification rites that free the spirit from its temporary earthly ‘housing’,  facilitates the spirit on its journey to its next ‘existence’. The Balinese believe that the spirits realize that they are no longer residing in human bodies right after this stage.

During this process each spirit will go through another long and winding road, depending on their karma and the completeness of their rituals. The journey of the spirit starts right  after the  final  stage of the cremation  ceremony when the  ashes  are  washed, collected and then  transported to  the nearest beach and cast out to sea  for  another releasing ritual. This step  signifies the final separation of the  soul from the body, with ashes dispersed to ‘where all things end’, and the soul is then unified with the great ocean.

According to Hinduism, the soul or atman is immortal while the body is subject to birth and death. And one spirit may come and go over and over again occupying many different bodies, mostly amongst one family tree. 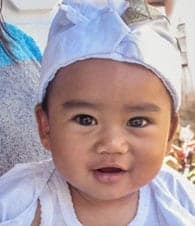 Every time a family welcomes a newborn baby, family members arrive to repay unfinished obligations and they reincarnate. This is intricately linked to karma, another concept in Hinduism normally used as a form of social control. Karma, literally ‘action’, is the sum of one’s actions and the force that determines one’s next reincarnation. For those who have attained consciousness, they usually seek higher forms of happiness which can only be attained through spiritual experience. At this point, one has reached the ultimate dissolution, moksha or salvation; a concept that is the equivalent to attaining nirvana in Buddhism. Not everybody will be able to reach this level as it requires sacrifice, determination and good-will, apart from the cycle of karma itself.

It  is  a custom that each newborn, usually after 12 days, is taken to ask for who, or which  among  the   ancestors  has  returned home and then ‘ask for rice  at  the family kitchen’. As a child grows older and into adulthood, his or her parents observe how the child’s character, attitude and behavior resembles someone they have known from the past, including the way they laugh, cry, or any specific look or behavior.