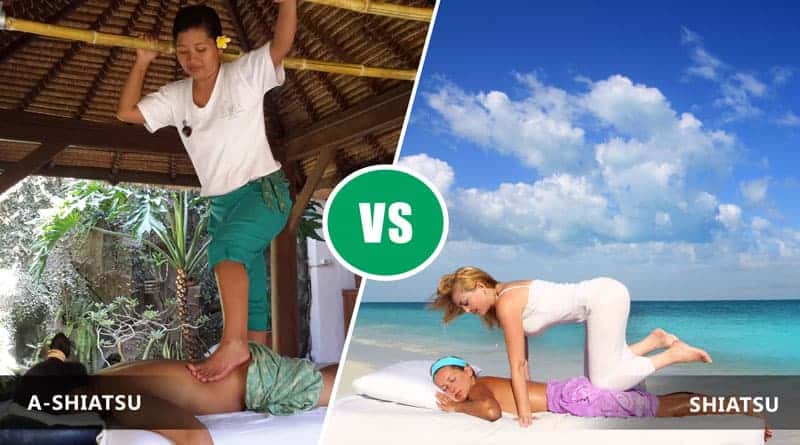 Likely you have already heard of shiatsu massage, but odds are that no of A-Shiatsu even though it is becoming more of a mainstream therapeutic modality.  The differences between the two are something we often share with students wishing to study one or both of these extremely beneficial treatments as it can initially be quite confusing given their similar names.

Just to confuse you even more, let’s start with the similarities before we explore the core differentiating factors.

The Roots of Shiatsu and A-Shiatsu

Both practices originated in ancient Japan, and were strongly influenced by the Traditional Chinese Medicine (TCM) concept of the 12 meridians that serve to balance the body’s major organs.   The meridians are basically a body’s life force or energy known which is most often referred to as Chi, and in some languages as ki or qi.  By applying pressure on these critical body points and applying gentle stretches, blockages that cause pain, fatigue and other symptoms are freed to stabilize a person’s physical and emotional condition. Even everyday stress in today’s hectic world can create negative energy to block your chi and if the Chinese are right then its connection to your organs will cause mental, spiritual or physical pain due to the body and energy disconnection. 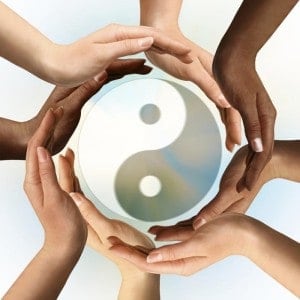 Delving deeper into the origins, in Japanese Shiatsu is broken down into ‘shi’ which means finger and ‘atsu’ for pressure. Whereas A-shiatsu is derived from ‘ashi’ or foot and ‘atsu’ at the end conveys the same understanding – pressure.  With the same root word but different first syllables, you can now pretty much guess the key difference – fingers versus feet.

Both forms can help to restore and open the energy channels or chi, and stimulate circulation. Many people who suffer from PMS, nausea, arthritis, insomnia, digestive issues, joint and back pain, and migraines have found that both types of shiatsu promote healing for these ailments.

The Power of Gravity …. A-Shiatsu

A-Shaitsu is carried out with the practitioner using bars attached to the ceiling to balance while alternating their weight to provide deep tissue massage with their bare feet.  That is why it is informally referred to as barefoot massage, even though there is a lot more skill required that just walking barefoot on someone’s back.

With the gravity factor in play, A-Shiatsu massage is increasingly popular amongst people suffering from back pain as its techniques can help decompress the spine and free up nerves to relieve back spasms and pinched nerves. This type of massage is also good for improving posture, treating spinal problems and elongating the spine, so people with poor posture may also benefit.  It is also conducive to overall relaxation for the mind and body.

Proponents of A-shiatsu claim that the foot pressure compresses and flushes larger areas of the entire body so that it can achieve more than fingers on their own, no matter how penetrating the finger force.  Whereas traditional deep tissue bodywork can be extremely therapeutic, it can also be discomforting.  In comparison, A-shiatsu’s foot pressure spread over a much larger surface combined with the generation of more hormones delivers a deeper feeling of relaxation and tranquility, as long as therapist is properly trained.  That is why some call it Ahhhhhhhhh ……. Shiatsu!

The Magic of Finger Touch….Shaitsu

Although techniques differ, the core philosophy of restoring balance in the meridians is the same.   With this focus on the meridians, Shaitsu uses rhythmic pressure of the hands and thumbs, easy leaning of the elbows, gentle rotation of a limb and stretching to alter a person’s natural inner energy with the release of hormones and body chemicals to prevent illness and maintain well-being at peak levels.

Compared to a normal massage involving lots of rubbing and kneading to make muscles and connective tissues relax, Shiatsu may seem rather lazy and uncomplicated.  Yet under the hands of a knowledgeable therapist, there is much happening internally on a subtle, but highly impactful level.

It is said that while conventional massage makes one sleepy, some say that Shiatsu makes you feel more energized. Wake up and feel the power of Shiatsu!

Which one is right for me?

If you are someone seeking the therapeutic benefits that either form of Shiatsu massage can deliver, then it worth speaking to an experienced therapist about which one will deliver the greatest wellness benefits.  It also depends on which type of massage resonates the most with you as an individual. 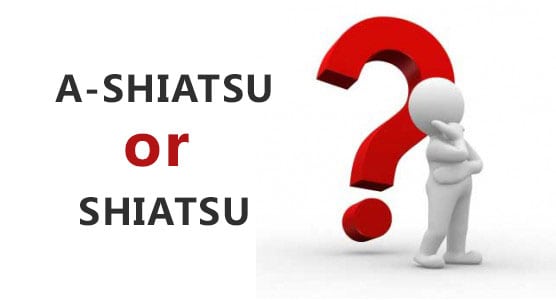 If you are contemplating mastering one or both of these techniques to become a certified therapist, then it is ideal if you can trial them both first.  Bali BISA offers a 10 day shiatsu course and 5 day A-shiatsu course, as well as a 15 day CIBTAC Endorsed Shiatsu program with the prerequisite being a certification in anatomy and physiology as an intimate understanding of the body is essential for becoming an expert in this field.  Our Touch of Asia Promotion in April, May and June features a 10% discount on selected dates.

We recently had a returnee student who really wanted to learn A-shiatsu, but was a bit hesitant as she was 55 years old and suffered from major sight problems.  She actually found the security of the overhead bars gave her a great deal of confidence and that by using her feet she was able to sense out problem areas better than she was with her hands only.  Check out this incredible video of her practicing her skills.

This blog was prepared by Penny Ellis, Founder of the Bali International Spa Academy (Bali BISA) located in Sanur, Bali.  She has 40+ years of spa education experience and loves to share her knowledge with her trainers and students.