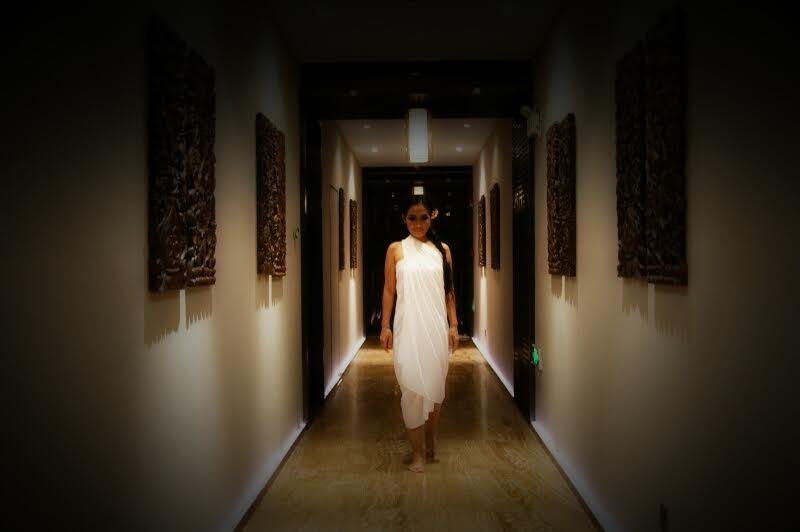 By Penny Ellis
Founder of the Bali International Spa Academy

Anita Ari Rahmawati is a charming Indonesian woman who I had the pleasure of getting to know during her two week Level 4 Diploma in Spa and Salon Management. Growing up in a devout Islamic family, Anita’s character is closely defined by her faith. Yet I immediately sensed that her strong spirituality went much deeper than her religious heritage. As her primary instructor, we spent many hours together in the classroom, and she slowly began to open up about her journey to become the well-grounded person she is today.

THE BEGINNING OF ANITA’S JOURNEY

Contrary to my initial impression that her innate sense of self-worth and passion for life had been nurtured from a young age, she actually was raised in a very humble, albeit loving family, in a very poor section of Jakarta. Due to her striking looks her community nicknamed her Cinderella, but she never believed that she would ever find a way out of her dismal life as had the fairytale Cinderella. She felt that she had absolutely no control over her circumstances and lost all hope for a brighter future. As a young woman, she finally sank into a profound depression.

At last, a friend convinced her that a different life outlook could make a genuine difference. She came to understand that by respecting and loving herself in all situations that others would feel this and reciprocate positively. Essentially, the foundation of her life philosophy became that love was the most powerful energy on earth and could conquer anything. She also witnessed how influential she could be in re-shaping the lives of others through her own actions and mind-set. 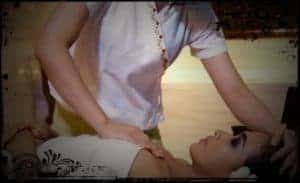 From this turning point, she began to reconsider her attitude towards the relationship between mind, body and spirit. She already had bodywork experience, particularly with energetic therapeutic massage which uses powerful techniques to transfer energy through touch in order to release blockages causing physical or emotional discomfort.

Thus, the next logical step was to identify ways to re-train the brain and induce different modes of consciousness, with a focus on methods which developed greater compassion, love, patience, generosity and forgiveness. The final result was a devotion to meditation, both the theory and the practice, which added yet another layer to her evolving personality.

Ironically, the final element of coming to terms with her spirituality was something that is a huge part of her traditional Javanese culture……. dance and music. She re-discovered that the rhythmic beats of the music and the fluid dance movements brought a strong sense of nourishment to the mind, body and soul. This is not surprising as health practitioners and scientists now recognize that cultural practices such as dancing – which have been with humanity since the beginning of time and are kept alive by tribal communities and artists today – still hold meaningful benefits for individuals and society alike.

With her remarkable personal transformation completed, she realized that the combination of energetic massage, meditation and dance worked synergistically to direct the flow of energy in a clear and fulfilling pathway. Therefore, she began to offer them as a package to assist people reach their own potential.

LOOKING TO HER FUTURE

So many were impressed with her integrated and engaging approach that she was invited to a major spa event in Xiamen City, China where she performed the powerful dance seen in this video.

Participants were uplifted by her performance, and better appreciated her philosophy that the positive transfer of energy comes through mutual love and respect. She instilled in all participants her “can do” attitude towards everything that life swings their way.

Given her unbridled enthusiasm for holistic wellness, she sought to be in a better position to influence the direction the spa and wellness industry was heading. She did’t want advanced technology to overwhelm an appreciation of the ancient cultures and traditions that many effective treatments are derived from. Even living in the hectic pace of modern day Jakarta, she saw how those who also held tight to age-old customs led spiritually richer lives than those caught up only in material gain. 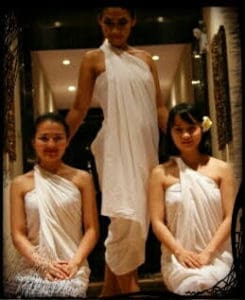 To achieve this objective, she prioritized mastering the essential components of spa management. She assessed various courses aimed at developing managerial skills, and lucky for us she chose the VTCT Level 4 Diploma in Spa and Salon Management. Anita was well aware that her ability to influence people on a one-on-one basis was insufficient in her new role. So the content of the VTCT diploma qualification will enable her to reach a much broader audience in an impactful way through what she learned in the public relations, marketing, sales management and customer care modules.

Although definitely out of her wheelhouse, she was committed to tackling the more analytical aspects such as setting operational objectives, work practice monitoring, stock control and revenue enhancement. Although she struggled, as do most artistic people, with this side of the spa business, she knew it was essential to a successful business and so studied very hard.

It was a challenging, yet exciting two weeks for Anita. I saw a young woman blossom into one of the future leaders in the spa and wellness sector during a period where more savvy and demanding consumers will be a driving force for major modifications.